Originally published by mfloan on August 14, 2009

In the good old days, before the collapse of the CMBS market and partial failure of the banking system, interest only (I/O) loans were everywhere.  Banks were offering them, Life Companies were offering them, and Conduits were putting them on practically every deal as were Freddie and Fannie.   And it wasn’t only partial I/O, for the first year or two of the loan term; it was full term I/O, for the life of the loan.  The thought was that I/O improved the cash flow for the investor and with cap rates running at historic lows this extra cash flow was needed to support the value.  If you had to pay amortization then you could not support the debt service and still get a reasonable return.  Anyway, principal payments aren’t tax deductible so why pay them.   No one cared about principal pay downs because the values of these properties were going up so there was really no refinance risk.

First let’s talk about what they are offering.  Since both lenders have become more conservative they have also pared back their I/O offerings.  For 5 year loans, I/O is only available on lower LTV/higher DSC loans and typically for only the first 2-3 years of the loan term.  To get the full term, 5 years I/O you need to be 55%-60% LTV.   For 7 year loans the story is not much different, but a 65% LTV loan (in a good location with a good borrower) will probably be able to get full term I/O.  On 10 year deals (which are most of what Freddie and Fannie do) 2 years of interest only payments are available on most loans.   However, in order to get full term I/O you need to have a very strong DSC.

So interest only is clearly available for many multifamily deals.  However there is a big change from the “old days”, back then I/O was not really considered as a risk factor and I/O was free.   The CMBS bond investors did not require a higher spread for I/O deals so they must not be riskier deals.    While many lenders did personally recognize I/O as a risk, they had to play the game in order to get business so they did not price up for I/O and made these loans without a second thought.  Today lenders do recognize that I/O is a risk factor and offer it only on loans they think deserve it.  It’s no longer an automatic, but in general I would say Freddie is a bit more willing to offer I/O, particularly partial I/O, than is Fannie.  Lenders are also pricing up for I/O.   Fannie is generally adding 1-2 Bps per year of I/O and Freddie is adding 3 bps per year.  These are not exact add-ons and each deal is priced individually, but it’s a good rule of thumb.

So does it make sense for a borrower to choose I/O?  Let’s look at a couple of examples.  Below are two examples of I/O vs. an amortizing loan, one for full term I/O and one for 2 years of I/O, both on 10 year loans.  It’s clear to see that from a purely nominal dollar amount the amortizing loan makes more sense than the I/O deal.  On the full term I/O you save about $50,000 per year in payments, but have to pay back $815,000 more at maturity.  That’s over $300,000 of additional money you pay the lender over the life of the loan.    For the 2 year I/O deal the story is basically the same.

But this analysis does not take into account every factor.  It does not account for the time value of money, basically a dollar today is worth more than a dollar in the future and it does not account for the different tax issues.  To do the analysis correctly you need to discount the actual after tax income from the transaction and run either a net present value (NPV) or Internal rate of return (IRR) on your investment.  I focus more on the IRR, but both methodsare valid.  If you look at a sample investment with these example financing options you find that the amortizing loan has a slightly better IRR than the I/O loan.     If the rate for the I/O loan were the same rate as the amortizing loan, as it had been in the recent past, then, the I/O loan is a better option.  In my examples the break even for the two deals is about 2 Bps per year for I/O.     This is about the charge for a Fannie I/O loan, but below the Freddie cost.  Therefore for a Freddie deal the I/O option may not be as attractive, from a purely financial standpoint, as their amortizing loan.
Actually the best deal in today’s market is the partial I/O loan.  A 2 year I/O offers the best of both world’s with some amortization to take care of the refinance risk, but better cash flow in the first few years.   This loan yields the highest IRR of the three options.   If you do take this choice be aware of the risks.  Your payment will increase dramatically at the end of the I/O period.  That payment shock is something to keep track of because once you get used to the higher cash flow generated from a low debt payment it can be hard going to the higher payment.

There are other factors to consider in choosing I/O.   For many owners who are raising funds from investors the I/O deal is better.    Investors get better initial cash on cash (CoC) return (which are what investors mainly look at) so even if the overall IRR or NPV is the same or worse doing the I/O deal may make sense.    On the other hand a full term I/O deal is assuming the properties value will increase over time or you are borrowing initially at a low LTV.   Borrowers who choose full term I/O a few years ago are having trouble refinancing and may loose their property because their mortgage is ballooning at the wrong time.  The markets won’t let them refinance because of lower property values and/or more stringent financing criteria.   If their loans were amortizing they may have had a better chance to refinance or work out the loan with the existing lender.

As I said earlier this analysis needs to be done individually on each transaction.  If you are looking at loan options and want assistance with that analysis or are you don’t know where you can get an interest only loan please feel free to e-mail me to discuss your situation (aklingher@mfloan.com). 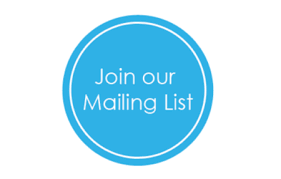